Cryptocurrency trading has taken the world of finance and investment by storm in the last few years. It continues to gain steam, with more money flowing into the space every single day. In order to get your slice of this very lucrative pie, you need to find a great platform. One that has all the features you need to make the most out of this investment from great rates to Fort Knox-style security. This is what the Coinfield platform promises you as an investor.

Coinfield is a Canadian based cryptocurrency trading platform. It promises users one of the most efficient and convenient trading experiences with a variety of features and packages. Coinfield has particularly gained traction in the market as being one of the easiest platforms to use.

It doesn’t matter if you just learned about cryptocurrency yesterday or you have been in the game for years. Below is a comprehensive Coinfield review to see whether they deliver on their promises and whether or not it is worth all the hype.

Coinfield is essentially one of the newest kids on the block given that it was launched in February 13th, 2018. However, they have managed to do more in their almost 1 ½ year tenure than many other platforms out there.

Coinfield was initially launched specifically to give digital currency traders in Canada a dedicated trading channel. For a long time, traders in this North American country had to rely on international platforms which didn’t necessarily always meet the state finance regulations. So Coinfield was an instant hit among Canadian cryptocurrency traders, as it catered to the region’s very specific needs.

Coinfield has since grown into a global cryptocurrency force to be reckoned with having recently opened its virtual doors to other regions including Europe and South America. In fact, it is currently ranked among the top 100 trading platforms in the world. This might have something to do with the fact that it has recorded amazing 2 hour trading volumes of up to 13 million USD.

Coinfield’s July 2018’s collaboration with MoonGo also contributed a great deal to its popularity and success. MoonGo is an app that was designed to allow cryptocurrency traders to use their virtual funds to purchase physical assets. This instant conversion is a revolutionary step forward and it isn’t so hard to see why a collaboration platform would do so well.

In this part of the Coinfield review, you will learn exactly how their platform works as a potential trader. For the most part, Coinfield makes trading very easy and convenient.

The first way they do this is by streamlining the sign up and verification process. This is because it is an automated process. All you need is a photo of yourself with your national identification card, proof of address, and bank statements. Should there be any trouble during the setup, Coinfield runs it manually whereby you are contacted for faster verification.

Once your account is set up then you can start trading right away. First off, you will have to make a deposit into your portfolio account. More on your deposit options will be highlighted in subsequent sections of this Coinfield review. With money on your account, you can choose between the quick trade option and the advanced trade option.

The quick trade allows you very efficiently to buy and/or sell a variety of cryptocurrencies supported by the platform. The advanced trade option on the other hand is designed to give you a more detailed trading experience featuring trading charts, indicators ,and much more. All in all, the trading interface is organized neatly and easy to navigate.

Coinfield stands out because it accepts a variety of deposit options from users. The first one is a wide range of cryptocurrencies used all over the world. This saves you a lot of trouble and money as you do not have to deal with conversion costs before your deposit. The digital currency option also happens to come with free deposits. Some of the coins supported include:

The other option you have is to deposit traditional fiat currencies. The platform accepts

Depositing these also happens to be free, but you may incur extra costs should you decide to use your credit card for the transaction. The same goes for withdrawal where you have to pay up to 1% of the amount being withdrawn.

The trading fees you will incur with Coinfield depend on the trading pair that you go for. If you are in the role of the ‘maker’ (which means your order is out in the market for matching), you can incur between 0.05 and 0.25% in fees. If on the other hand you are the ‘taker’ (which means you are matching the trade), the range is between 0.15 and 0.50% of the transaction. For the most part, these ranges are pretty average for the cryptocurrency market.

Withdrawal fees are a different story. Coinfield charges the equivalent of .002 BTC when you withdrawal bitcoin. That’s about one and a half times the standard rate.

One of Coinfield’s major promises to users is round the clock customer support. This means that if you have any questions about a trade you made, some transaction you are having problems with, or the platform in general, help is just a phone call away. Their customer service personnel are also praised as some of the friendliest and most helpful in the industry.

Given all the sensitive transactions conducted on these platforms, security is something that you cannot afford to compromise on when making your decision. Coinfield does a pretty good job when it comes to ensuring this protection. The system features a special program designed to detect and deter fraudulent activity that could threaten the running of other trades. This means that you do not have to worry about things like platform crashes due to malicious attacks.

They also take steps to ensure that there is a constant flow of tradable assets to guarantee financial security. They do this by only releasing specific percentages of the assets for running exchange.

After all is said and done, Coinfield does seem like a reliable and profitable platform that’s worth looking into. It offers great trading options, amazing security and round the clock support, as has been shown in this Coinfield review. What more would you need as a trader? So if you are looking for a new platform to try out then this one is definitely worth considering. 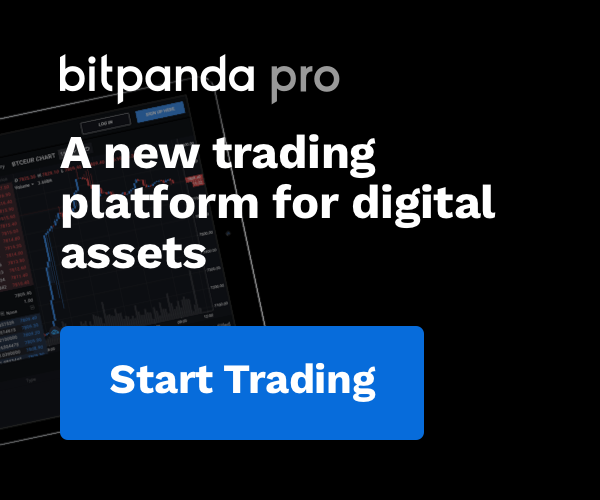